Everything began in a normal day of September, 2013, I was in the middle of a long flight from SVMI to SCEL, there was still a very long distance to go, I believe it was with a LAN Airlines Boeing 787; that was when suddenly a question came to my mind, is there any way I can personalize the aircraft I use to fly?, so that was when I decided to learn how to create personalized textures for Aircraft models, I started with the basic things, like putting images In the fuselage, nothing so special; then I said to myself, why don't I just create something unique, like an airline?, so that was when I got the idea that will change my life forever, to create my own airline.

Thinking in the name wasn't so easy at all, I wanted something exotic, known and that represents commitment with nature, that's when I remember the mighty Mount Roraima, it's was the perfect name! It sounded exotic, it's something known in other countries but also symbolizes nature, so in November 24th of 2013, Roraima Airlines was born. The colors were another thing to deal, Roraima wasn't Red and black all the time, at beginning it was blue and green but by the pass of time, in 2016, Roraima changed to Red and Gray schemes.

At the beginning of 2017, I received a proposal from the CEO of a virtual airline called Arabian Airlines, to let Roraima become a member of the GlobalOne Alliance, I thought, this could be really interesting, so I accepted, and then the discussions within the Alliance started to let Roraima be a member; some weeks later I received an excellent letter, which said that Roraima was accepted to be a new proud member of GlobalOne Alliance. Everything since that day has been an great adventure, experience and opportunity to learn and grow for Roraima; my goal is to one day place Roraima as the number one airline by excellence in Venezuela, thanks to all the help GlobalOne, Arabian has provided to us and all the people who has contributed through the time to help Roraima become the best of all. 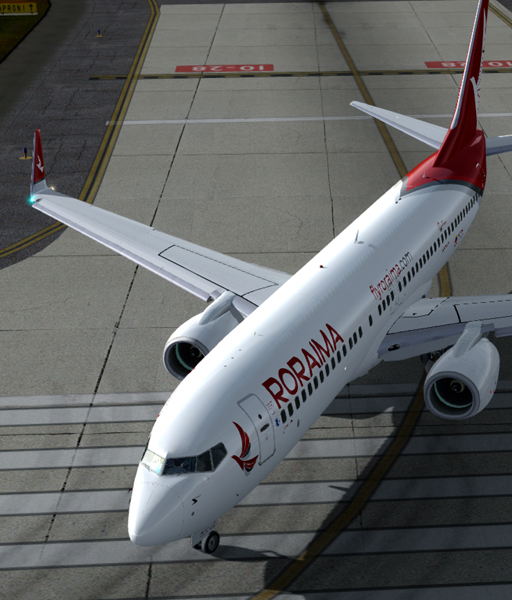 For all the support they provided to help Roraima become the best.